‘Shin Splints’ is an outdated term which is now believed to cover many forms of anterior shin pain. What most people perceive to be ‘shin splints’ should actually be termed Medial Tibial Stress Syndrome (MTSS).
This condition typically presents with pain on the inside border of the Tibia which intensifies at the start of exercise but may ease as running continues in the early stages. Pain generally eases with rest and there are no neurological symptoms. MTSS accounts for approximately 13-17% of running injuries, with only Plantar Fasciitis occurring more frequently. MTSS is 10 times more common in females during basic running training than their male counterparts.
As the name suggests, MTSS is a condition caused by increased bone stress. Even healthy bone contains microcracks, but microcracks under continued overloading will develop into macrocracks, resulting in pain and the potential to develop into Tibial stress fractures if ignored.
How is the Tibia Overloaded?
Our bones are strongest at withstanding compression forces, weaker in tension forces and weakest of all in resisting shearing forces. When we run, all three directions of force are applied to the bone.
Tension Force
When running, the combination of the foot hitting the ground on the outside of the heel and the more medial compression loading force from the Femur onto the Tibia causes a bending force on the bone. The lateral Tibia is subjected to a compression force which as discussed is withstood well, but the medial Tibia undergoes a tension force which can result in bone stress.
There are two reasons why some people are more prone to this condition than others:
◾Those whose Tibia has a narrow diaphyseal width are more prone to bone bending forces
◾Those who overpronate
Overpronation places additional strain on the medial Tibia border due to increased tension in the facial and muscle attachments including the Tibialis Posterior, Soleus and Flexor Digitorum Longus. This ‘pulling force’ increases tensile bone stress on the medial aspect.
Shearing Force
Shearing forces are the hardest on the bone.  These are produced as overpronation at the foot causes an internal rotation force on the Tibia. An external force is placed on the Tibia from above due to external femoral rotation which is made worse by weak hip rotators. This causes a shearing, or twisting force on the Tibia bone.
Treatment
This latest view on MTSS development has some impact on the way the condition should be treated. Treatment should be approached using the following four aims:
◾Strengthen the Tibial cortex and aid recovery
◾Reduce Tensile Tibial bone stress
◾Reduce Shearing Tibial bone stress
◾Reduce vertical loading rate
Strengthen the Tibial Cortex

Bones strengthen in response to stress. But it has to be the right kind of stress and in the right doses. As MTSS is down to too much of the wrong stresses it is vital that the causes which have predisposed the individual to tension and shearing stresses on the Tibial are corrected before commencing a graded running program. So, in the meantime, rest is recommended, from running and walking if this also causes pain.

Graded running programs are designed to gradually overload the bone to strengthen it. Here is an example:
Reduce Bone Stresses
In order to reduce the stress on the Tibia, overpronation must be corrected. It is not simply enough to look at the patient’s feet and determine if they have a ‘good arch’ or not. Even those with a ‘high arch’ can be heavy overpronators! In order to address this properly, gait analysis should be performed using video technology to slow down the running cycle and highlight excess motion at the subtalar joint.
For those found to overpronate, both orthotics and footwear should be addressed. Either stability or motion control shoes should be worn and orthotics inserted in addition, when necessary. Placing orthotics into neutral shoes will be next to useless as the insert will simply ‘sink’ into the cushioning of the shoe.
Overpronation can be further reduced by increasing the range of dorsiflexion available at the ankle. The Gastrocnemius and Soleus muscles are responsible for plantarflexion and so if tight or shortened can reduce the range of dorsiflexion. In order to compensate for this, the foot overpronates further to bring the bodyweight over the stance foot. Stretching exercises and sports massage therapy are ideal for doing this.
Along the same rehabilitation exercise lines, strengthening the lateral rotators of the hip can also help reduce shearing forces on the Tibia. Exercises such as the Clam are ideal.
Whilst it may be a difficult conversation to have, patients who are overweight are more prone to MTSS as the pronation force = mass x acceleration. Higher body mass results in increased pronation.
Reduce Vertical Loading Rate
Finally, the runner, therapist and coaches etc should work together to try to reduce the Vertical Loading Rate (VLR) of the running pattern. What this means is how quickly vertical load is applied during impact. A higher loading rate has been linked to an increased injury risk in runners.
There are a few ways in which this can be achieved but a lot of research is still underway to determine the best ways of doing this. Some will argue for a change in technique to favour forefoot running and others would go as far as recommending barefoot running. Whilst landing on the forefoot rather than the heel does seem to reduce vertical loading rate, it is not clear at the moment the effect that this has on pronation. And so by trying to fix one problem, are we increasing another?
The most effective ways of reducing the VLR, without potentially causing other problems are to:
◾Reduce fatigue
Fatigue is responsible for a decrease in running efficiency and technique, as well as increases in lower limb muscle tension and so bone stress. Fatigue can be reduced using fitness training (cross-training) and correction of training errors.
◾Running form coaching
Working with a running coach can help to improve your running form and make it more efficient, thus reducing energy costs and fatigue.
Conclusion
Researchers and experts in the field of running injuries now believe true ‘shin splints’ to be a result of bone stress to the medial Tibia. With repeated running, the Tibia becomes overloaded, which over stresses the bone. These stresses are caused by excess tension and shearing forces on the Tibia.
Treatment should aim to reduce these forces with rest; footwear or orthotic changes; increases in ankle flexibility and hip rotator strength; weight loss; increased fitness; improved running form and a graded running program to increase cortical bone strength. 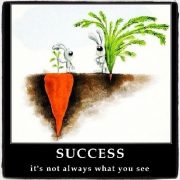 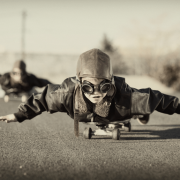 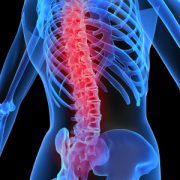 Low back Joint Manipulation…thoughts on research 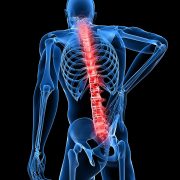 Acetaminophen no benefit for Back Pain 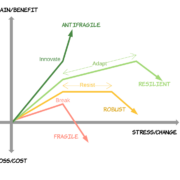 Tracking Progress and Getting Stronger