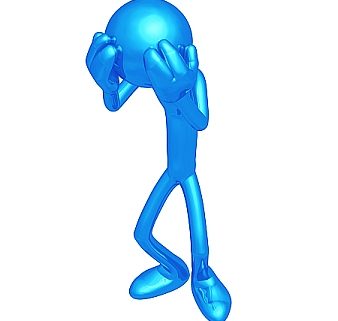 Vertigo /ˈvɜrtɨɡoʊ/ (from the Latin vertō “a whirling or spinning movement”[1]) is a subtype of dizziness in which a patient inappropriately experiences the perception of motion (usually a spinning motion) due to dysfunction of the vestibular system.[2][3][4] It is often associated with nausea and vomiting as well as a balance disorder, causing difficulties standing or walking. There are three types of vertigo. The first is known as objective[5][6] and describes when the patient has the sensation that objects in the environment are moving; the second is known as subjective[5][6] and refers to when the patient feels as if he or she is moving, and the third is known as pseudovertigo,[7] an intensive sensation of rotation inside the patient’s head. While appearing in textbooks, this classification has little to do with the pathophysiology or treatment of vertigo.
Dizziness[8] and vertigo are common medical issues, affecting approximately 20%-30% of the general population.[9][10] Vertigo may be present in patients of all ages. The prevalence of vertigo rises with age and is about two to three times higher in women than in men.[4][9] It accounts for about 2-3% of emergency department visits.[4] The main causes of vertigo are benign paroxysmal positional vertigo,[8][11][12] Ménière’s disease,[8][12] vestibular neuritis,[8][12] and labyrinthitis,[12] but may also be caused by a concussion[3] or a vestibular migraine.[12] Excessive consumption of ethanol (alcoholic beverages) can also cause symptoms of vertigo. Repetitive spinning, as in familiar childhood games, can induce short-lived vertigo by disrupting the inertia of the fluid in the vestibular system; this is known as physiologic vertigo.[13]

Vertigo is classified into either peripheral or central depending on the location of the dysfunction of the vestibular pathway,[14] although it can also be caused by psychological factors.[15]

Vertigo caused by problems with the inner ear or vestibular system, which is composed of the semicircular canals, the vestibule (utricle and saccule), and the vestibular nerve is called “peripheral”, “otologic” or “vestibular” vertigo.[5][16] The most common cause is benign paroxysmal positional vertigo (BPPV), which accounts for 32% of all peripheral vertigo.[16] Other causes include Ménière’s disease (12%), superior canal dehiscence syndrome, labyrinthitis and visual vertigo.[16][17] Any cause of inflammation such as common cold, influenza, and bacterial infections may cause transient vertigo if it involves the inner ear, as may chemical insults (e.g., aminoglycosides)[18] or physical trauma (e.g., skull fractures). Motion sickness is sometimes classified as a cause of peripheral vertigo.
Patients with peripheral vertigo typically present with mild to moderate imbalance, nausea, vomiting, hearing loss, tinnitus, fullness, and pain in the ear.[16] In addition, lesions of the internal auditory canal may be associated with ipsilateral facial weakness.[16] Due to a rapid compensation process, acute vertigo as a result of a peripheral lesion tends to improve in a short period of time (days to weeks).[16]

Vertigo that arises from injury to the balance centers of the central nervous system (CNS), often from a lesion in the brainstem or cerebellum[5][8][19] and is generally associated with less prominent movement illusion and nausea than vertigo of peripheral origin.[20] Central vertigo has accompanying neurologic deficits (such as slurred speech and double vision), and pathologic nystagmus (which is pure vertical/torsional).[16][20] Central pathology can cause disequilibrium which is the sensation of being off-balance. The balance disorder associated with central lesions causing vertigo are often so severe that many patients are unable to stand or walk.[16]
A number of conditions that involve the central nervous system may lead to vertigo including: lesions caused by infarctions or hemorrhage, tumors present in the cerebellopontine angle such as a vestibular schwannoma or cerebellar tumors,[8][14] epilepsy,[2] cervical spine disorders such as cervical spondylosis,[14] degenerative ataxia disorders,[8] migraine headaches,[8] lateral medullary syndrome, Chiari malformation,[8] multiple sclerosis,[8] parkinsonism, as well as cerebral dysfunction.[16] Central vertigo may not improve or may do so more slowly than vertigo caused by disturbance to peripheral structures.[16]

Vertigo is a sensation of spinning while stationary.[21] It is commonly associated with nausea or vomiting,[2] unsteadiness (postural instability),[19] falls,[22] and difficulties in walking.[23] Recurrent episodes in those with vertigo are common and they frequently impair the quality of life.[4] Blurred vision, difficulty in speaking, a lowered level of consciousness, and hearing loss may also occur. The signs and symptoms of vertigo can present as a persistent (insidious) onset or an episodic (sudden) onset.[24]
The characteristics of persistent onset vertigo is indicated by symptoms lasting for longer than one day[24] and caused by degenerative changes that affect balance as people age. Naturally, the nerve conduction slows with aging and a decreased vibratory sensation is common.[25] Additionally, there is a degeneration of the ampulla and otolith organs with an increase in age.[26] Persistent onset is commonly paired with central vertigo signs and systems.[24]
The characteristics of an episodic onset vertigo is indicated by symptoms lasting for a smaller, more memorable amount of time, typically lasting for only seconds to minutes.[24] Typically, episodic vertigo is correlated with peripheral symptoms and can be the result of but not limited to diabetic neuropathy or autoimmune disease.

Motion sickness is one of the biggest symptoms of vertigo and it develops most often in persons with inner ear problems. The feeling of dizziness and lightheadedness is often accompanied by nystagmus (an involuntary movement of the eye characterized by a smooth pursuit eye movement followed by a rapid saccade in the opposite direction of the smooth pursuit eye movement). During a single episode of vertigo, this action will occur repeatedly. Symptoms can fade while sitting still with the eyes closed.

Benign paroxysmal positional vertigo (BPPV) is the most common vestibular disorder[9] and occurs when loose calcium carbonate debris has broken off of the otoconial membrane and enters a semicircular canal thereby creating the sensation of motion.[8][12] Patients with BPPV may experience brief periods of vertigo, usually under a minute,[8] which occur with change in position.[29] It is the most common process of vertigo.[4] It occurs in 0.6% of the population yearly with 10% having an attack during their lifetime.[4] It is believed to be due to a mechanical malfunction of the inner ear.[4] BPPV may be diagnosed with the Dix-Hallpike test and can be effectively treated with repositioning movements such as the Epley maneuver.[4][11][29][30]

Ménière’s disease is a vestibular disorder of unknown origin, but is thought to be caused by an increase in the amount of endolymphatic fluid present in the inner ear (endolymphatic hydrops).[12] However, this idea has not been directly confirmed with histopathologic studies but electrophysiologic studies have been suggestive of this mechanism.[31] Ménière’s disease frequently presents with recurrent, spontaneous attacks of severe vertigo in combination with ringing in the ears (tinnitus), a feeling of pressure or fullness in the ear (aural fullness), severe nausea or vomiting, imbalance, and hearing loss.[8][24][31] As the disease worsens, hearing loss will progress.

Vestibular neuritis presents with severe vertigo[4] with associated nausea, vomiting, and generalized imbalance and is believed to be caused by a viral infection of the inner ear though several theories have been put forward and the etiology remains uncertain.[8][32] Individuals with vestibular neuritis do not typically have auditory symptoms but may experience a sensation of aural fullness or tinnitus.[32] Persisting balance problems may remain in 30% of people affected.[4]

The neurochemistry of vertigo includes six primary neurotransmitters that have been identified between the three-neuron arc[33] that drives the vestibulo-ocular reflex (VOR). Glutamate maintains the resting discharge of the central vestibular neurons, and may modulate synaptic transmission in all three neurons of the VOR arc. Acetylcholine appears to function as an excitatory neurotransmitter in both the peripheral and central synapses. Gamma-Aminobutyric acid (GABA) is thought to be inhibitory for the commissures of the medial vestibular nucleus, the connections between the cerebellar Purkinje cells, and the lateral vestibular nucleus, and the vertical VOR.
Three other neurotransmitters work centrally. Dopamine may accelerate vestibular compensation. Norepinephrine modulates the intensity of central reactions to vestibular stimulation and facilitates compensation. Histamine is present only centrally, but its role is unclear. Dopamine, histamine, serotonin, and acetylcholine are neurotransmitters thought to produce vomiting.[8] It is known that centrally acting antihistamines modulate the symptoms of acute symptomatic vertigo.[34]

Definitive treatment depends on the underlying cause of the vertigo.[8] Ménière’s disease patients have a variety of treatment options to consider when receiving treatment for vertigo and tinnitus including: a low-salt diet, intratympanic injections of the antibiotic gentamicin, a benzodiazepine such as diazepam to reduce vertigo by sedating the vestibular system,[35] or surgical measures such as a shunt or ablation of the labyrinth in refractory cases.[36] Other treatment options for vertigo may include:[37]

The Do, The Do not do, and the Do not know of Low Back Pain!