You are here: Home1 / Blog2 / Back Pain3 / Spinal Manipulation: who might benefit? 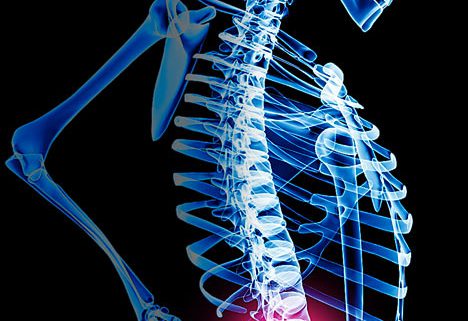 Depending on whom you ask or what scientific paper you read last, spinal manipulation is either a mercifully quick, effective treatment for low-back pain or a complete waste of time.
It turns out everyone’s right.
Researchers at the University of Alberta have found that spinal manipulation–applying force to move joints to treat pain, a technique most often used by chiropractors and physical therapists–does indeed have immediate benefits for some patients with low-back pain but does not work for others with low-back pain. And though on the surface this latest conflict might appear to muddy the waters further, the results point to the complexity of low-back pain and the need to treat patients differently, says lead author Greg Kawchuk.
“Back pain, just like cancer, is a collection of different kinds of problems. We haven’t been very good at distinguishing who has which problem, so we throw a treatment at people and naively expect that treatment to fix everyone’s back pain,” says Kawchuk, an expert in spine function and professor in the Faculty of Rehabilitation Medicine who co-wrote the study with U of A colleagues Arnold Wong (now at Hong Kong Polytechnic University), Eric Parent, Sukhvinder Dhillon and Narasimha Prasad.
“This study shows that, just like some people respond differently to a specific medication, there are different groups of people who respond differently to spinal manipulation.”
In a non-randomized control study, individuals with low-back pain received spinal manipulation during two treatment sessions that spanned a week. Participants reported their pain levels and disability levels after spinal manipulation, and researchers used ultrasound, MRI and other diagnostics to measure changes in each participant’s back, includingmuscle activity, properties within the intervertebral discs, and spinal stiffness.
A control group of participants with low-back pain underwent similar clinical examinations but did not receive spinal manipulation. A third group–those who did not have low-back pain symptoms–were also evaluated.
The people who responded to spinal manipulation reported less pain right away and showed improvement in back muscle thickness, disc diffusion and spinal stiffness. Those changes were great enough to exceed or equal the measures in the control groups and stayed that way for the week of treatment, the research team found.
Conversely, researchers also found that people with back pain who reported no improvement showed no physical changes either–there simply was no effect.
Kawchuk, who practised as a chiropractor before going on to obtain his PhD in biomechanics and bioengineering, said the results do not advocate one way or another for spinal manipulation but help explain why there has been so much conflicting data about its merits.
“Clearly there are some people with a specific type of back pain who are responding to this treatment and there are some people with another type of back pain who do not. But if you don’t know that and you mix those two groups together, you get an artificial average that doesn’t mean anything,” Kawchuk explained.
The research team is still fine-tuning how to distinguish who is a responder or non-responder before spinal manipulation is given; however, this study shows it can be used to identify an effective treatment course.
“Spinal manipulation acts so rapidly in responders that it could be used as a screening tool to help get the right treatment to the right patient at the right time.”
The study did not investigate the long-term effects of spinal manipulation, but this is next on the list for the researchers.
The team’s findings were published Aug. 31 in the peer-reviewed journal Spine.
Journal Reference:
1.Arnold Y. L. Wong, Eric C. Parent, Sukhvinder S. Dhillon, Narasimha Prasad, Gregory N. Kawchuk. Do Participants With Low Back Pain Who Respond to Spinal Manipulative Therapy Differ Biomechanically From Nonresponders, Untreated Controls or Asymptomatic Controls? Spine, 2015; 40 (17): 1329 DOI: 10.1097/BRS.0000000000000981

Walk away from Chronic Back Pain
Scroll to top