You are here: Home1 / Blog2 / Back Pain3 / Physio equal to surgery for Back Pain 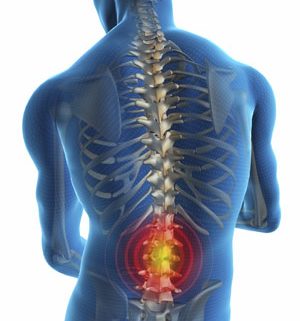 Physical Therapy Equals Surgery for Certain Lower Back Pain, Study Says
By Alan Mozes
HealthDay Reporter
TUESDAY, April 7, 2015 (HealthDay News) — Physical therapy may be just as good as surgery for older adults with a type of chronic lower back pain, new research suggests.
Standard treatments for lumbar spinal stenosis — a painful, often disabling narrowing of the spinal canal — are an operation known as surgical decompression or physical therapy.
But physical therapy is much less invasive and less risky than surgery.
“Adverse events from surgery range from 15 to 20 percent, with half of those being serious or life-threatening,” said study author Anthony Delitto.
“The risks of physical therapy are considerably less, and one would be hard-pressed to consider any of the risks serious,” said Delitto, a professor of physical therapy and associate dean of research with the school of health and rehabilitation sciences at the University of Pittsburgh.
Results of the study, funded by the U.S. National Institute of Arthritis and Musculoskeletal and Skin Diseases, appear in the April 7 issue of the Annals of Internal Medicine.
According to the American Academy of Orthopaedic Surgeons, spinal degeneration and wear and tear (often due to chronic arthritis) can narrow the space surrounding the spinal cord, drying out spinal discs and compressing the cord and its nerve roots. This is called lumbar spinal stenosis.
The condition, which causes pain, numbness and/or weakness across the lower back, rear and legs, mostly appears in patients aged 60 and older.
Non-surgical treatments, such as anti-inflammatory medicine and physical therapy, do not reverse spinal narrowing, but can provide a notable degree of pain relief and restored mobility, experts say.
Surgical options include spinal decompression (or laminectomy), which involves removal of the bones, bone spurs and ligaments that exert pressure on spinal nerves. Spinal fusion, sometimes coupled with decompression, is another option. Delitto noted that both surgery and physical therapy are covered by Medicare, meaning that while surgery looks far more expensive on paper, physical therapy patients sometimes face slightly higher actual out-of-pocket costs.
To assess the comparative benefits of each treatment, investigators focused on nearly 170 patients with lumbar spinal stenosis who sought care in western Pennsylvania. On average, participants were in their late 60s, and none had undergone prior surgery for the condition. All demonstrated similar mobility impairment, and on a pain scale of 1 to 10 all were rated 7 prior to treatment.
About half the patients were randomly assigned to undergo decompression surgery between 2000 and 2007. None underwent fusion surgery.
The other half was randomly assigned to physical therapy twice a week for six weeks. However, physical therapy patients could switch over to surgery, and more than half of them eventually did so.
Mobility assessments were conducted at the 10-week point, at six months and one year out. Two years following either surgery or physical therapy completion, patients filled out a survey designed to assess pain, disability and function, symptoms and expectations.
The result: In terms of pain relief and function, there was no long-term difference between surgery and physical therapy, the researchers said.
Not all patients achieved a “clinically meaningful level of improvement.” But both physical therapy and surgical patients started to see benefits as early as 10 weeks out, with continuing improvement unfolding for both groups over the following four months, the researchers said. Similarly, both groups maintained their improvements equally well through the two-year mark.
Dr. Rachel Rohde, an orthopedic surgeon with the Beaumont Health System in Royal Oak, Mich., said most spine surgeons already opt for physical therapy over surgery whenever they feel it’s safe to do so.
“They’re completely different options,” she said, adding that sometimes postponing surgery is not safe. “If there’s a potential for permanent nerve damage, for example, then there are risks with delaying,” she explained.
But when a noninvasive option is appropriate and safe, “we would certainly recommend [physical therapy] first, along with activity modification, splinting, bracing [and] anti-inflammatories,” she said.
More information
There’s more on lumbar spinal stenosis at the American Academy of Orthopaedic Surgeons.

4 Tips to complete your exercises :)