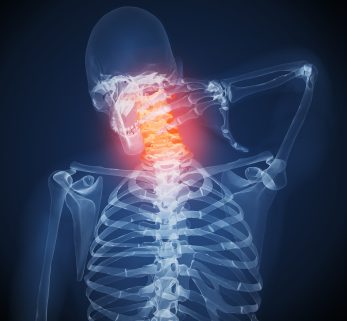 What can you do if you have neck pain?

The neck is a very complex structure that holds many important connections to our brain and the beginning of the spinal cord.  There can be numerous causes of neck pain, but they may include one of the following:

Whiplash occurs from an injury to your neck, which is caused by the head being thrown forward then backward.  It may also be called a neck sprain or strain, and is a generalized injury to the soft tissues (muscles, ligaments, tendons) of the neck.  It most often occurs as a result of rear-end car collisions, but can also happen from a fall or sports injury.  Severe whiplash can also involve injury to the joints, discs, neck muscles and nerves.

Symptoms of whiplash may start right after the injury or may take several days to become noticeable.

After an accident, some common symptoms of whiplash can include:

Many studies have shown that the biggest risk associated with whiplash injuries is to not receive proper treatment promptly enough.  This can lead to improper healing where the injured tissues tighten up and gradually get weaker. The longer this goes on, the harder it is to get better, which is why it is extremely important to consult with a qualified physiotherapist as quickly as possible following a neck injury.