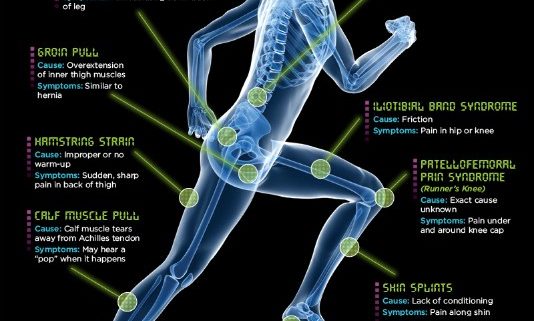 Jogging may be best in small quantities, according to a study published today in the Journal of the American College of Cardiology.
Researchers looked at 5,048 healthy participants in the Copenhagen City Heart Study and questioned them about their activity. They identified and tracked 1,098 healthy joggers and 413 healthy but sedentary non-joggers for 12 years.
The study, which tracked hours of jogging, frequency, and the individual’s perception of pace, found that over the 12-year study strenuous joggers were as likely to die as sedentary non-joggers, while light joggers had the lowest rates of death.
Jogging from 1 to 2.4 hours per week was associated with the lowest mortality and the optimal frequency of jogging was no more than three times per week. Overall, significantly lower mortality rates were found in those with a slow or moderate jogging pace, while the fast-paced joggers had almost the same mortality risk as the sedentary non-joggers.
Researchers registered 28 deaths among joggers and 128 among sedentary non-joggers. In general, the joggers were younger, had lower blood pressure and body mass index, and had a lower prevalence of smoking and diabetes.
“It is important to emphasize that the pace of the slow joggers corresponds to vigorous exercise and strenuous jogging corresponds to very vigorous exercise,” said Peter Schnohr, MD, DMSc, a researcher from the Copenhagen City Heart Study, Frederiksberg Hospital in Copenhagen, Denmark. “When performed for decades, this activity level could pose health risks, especially to the cardiovascular system.”
These findings show similar results to past studies where researchers have found that more than moderate exercise may cause more harm than good.
“The U-shaped association between jogging and mortality suggests there may be an upper limit for exercise dosing that is optimal for health benefits,” Schnohr said. “If your goal is to decrease risk of death and improve life expectancy, jogging a few times a week at a moderate pace is a good strategy. Anything more is not just unnecessary, it may be harmful.”
Story Source:
The above post is reprinted from materials provided by American College of Cardiology. Note: Materials may be edited for content and length.
Journal Reference:
1.Peter Schnohr, James H. O’Keefe, Jacob L. Marott, Peter Lange, Gorm B. Jensen. Dose of Jogging and Long-Term Mortality. Journal of the American College of Cardiology, 2015; 65 (5): 411 DOI: 10.1016/j.jacc.2014.11.023