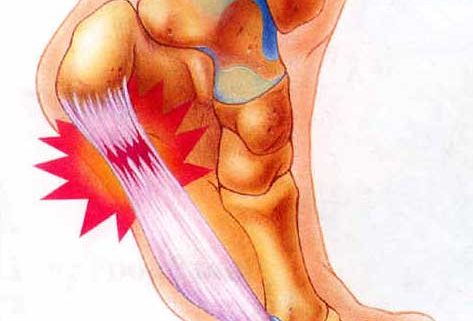 Flat feet are a common problem. They can easily be identified by even non-trained individuals as the appearance is quite clear. On the inside of the foot should be a nice curvature which raises the inner foot up off the floor. If the foot touches the floor consistently from heel to toes then the foot is considered flat.
Flat feet are often a congenital problem which has no specific cause. They can however occur after an injury, especially conditions such as Tibialis Posterior Syndrome or more traumatic injuries such as fractures or mid-tarsal joint sprains.
The other thing to look out for is Overpronation. Often this is confused with having flat feet (or a fallen arch) although it is not technically the same thing. If an individual does not have flat feet but does overpronate then the arch of their foot appears to be normal when standing. However, when they walk the arch collapses and the foot rolls in excessively. This is more difficult to spot than flat feet. It is estimated that between 60 and 80% of the population overpronate!

If you suspect that either of these problems apply to you then it is important to get the foot assessed to avoid injury. Fallen arches and overpronation at the foot cause an inward rotation of the Tibia and pressure on the medial knee. The thigh counteracts this by laterally rotating. These changes in the natural position of the lower limb from the foot up can cause shin pain, knee pain, hip pain and lower back pain. These problems and forces are exacerbated if you run or play sports which involve running or any fast paced foot movement.
The most common sporting injuries which are largely caused by overpronation or flat feet include:
◾Tarsal tunnel syndrome
◾Plantar fasciitis
◾Achilles tendonitis
◾Shin splints
◾Patellofemoral pain
◾IT band syndrome
◾Hip bursitis
Runners are often advised to get a gait analysis to determine what type of foot they have and so what kind of running shoe they require. This shouldn’t stop at runners. Anyone that plays sports could benefit from this assessment. Sports shoes such as football boots, astro trainers and squash trainers often have very poor arch support and so for the 60-80% of us who do overpronate or have flat feet they are left unsupported. A change of footwear or the insertion of arch support insoles or orthotics can make a massive difference

Barefoot running: What does the latest research suggest?
Scroll to top