You are here: Home1 / Blog2 / Fitness3 / Exercise 'as Good as Medicines' in Treating Heart Disease and... 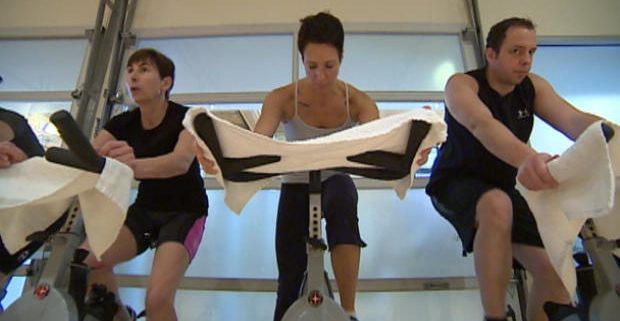 Exercise may be just as good as medication to treat heart disease and should be included as a comparison when new drugs are being developed and tested, scientists say.
In a large review published in the British Medical Journal on Wednesday, researchers from Britain’s London School of Economics and Harvard and Stanford universities in the United States found no statistically detectable differences between exercise and drugs for patients with coronary heart disease or prediabetes, when a person shows symptoms that may develop into full-blown diabetes.
For patients recovering from stroke, the review — which analyzed the results of 305 studies covering almost 340,000 participants — found that exercise was more effective than drug treatment.
Cardiovascular disease is the world’s number one killer, leading to at least 17 million deaths a year.
“In cases where drug options provide only modest benefit, patients deserve to understand the relative impact that physical activity might have on their condition,” the researchers wrote.

The amount of trial evidence on the health benefits of exercise is considerably smaller than that on drugs, researchers say. (Mark Duncan/Associated Press)

The review also said the amount of trial evidence on the health benefits of exercise is considerably smaller than that on drugs, which the scientists said may have had an impact on their results.
They argued that this “blind spot” over exercise in scientific evidence “prevents prescribers and their patients from understanding the clinical circumstances where drugs might provide only modest improvement but exercise could yield more profound or sustainable gains.”
The review adds to a large body of evidence showing that regular exercise is key to human health.
According to the Geneva-based World Health Organization (WHO), physical inactivity is the fourth leading risk factor for global mortality, causing an estimated 3.2 million deaths around the world each year.
The WHO says regular moderate intensity physical activity — such as walking, cycling or participating in sports — can reduce the risk of cardiovascular diseases, diabetes, colon and breast cancer, and depression, as well as cutting the risk of bone fractures and helping to control body weight.
At least 150 minutes of moderate-to-vigorous physical activity a week in 10-minute bouts is recommended for adults, said Kristi Adamo, a research scientist at the Children’s Hospital of Eastern Ontario in Ottawa where she studies obesity prevention. But only 15 per cent of adults achieve this, according to the Canadian Health Measures Survey.
Adamo notes that the idea of using exercise as medicine dates back to Hippocrates, who called walking man’s best medicine.
“Exercising is challenging for a lot of people. People have many competing interests and exercise often is not a priority for them,” Adamo said in an interview with CBC News. “But I think that as the recognition is growing that exercise is medicine and that exercise can be used not only to prevent disease but … to reduce mortality, I would hope that people would heed that advice.”
The study’s authors called for regulators to consider requiring pharmaceutical sponsors of new drugs to include exercise in their clinical trials. For example, participants in the control groups could exercise, Adamo said.

This article appeared in on CBC.ca. Please check out the link below and accompanying video.

Doctors writing prescriptions to get patients active
Scroll to top