You are here: Home1 / Blog2 / Back Pain3 / Diagnosis and Treatment of Low Back Pain 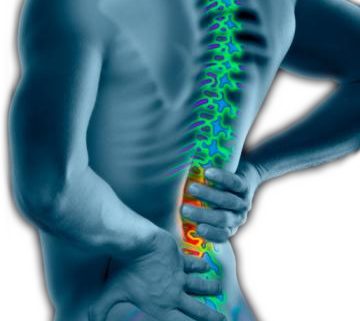 Diagnosis and Treatment of Low Back Pain: A Joint Clinical Practice Guideline from the American College of Physicians and the American Pain Society. What’s New? What’s Different?
By: Paul Shekelle, MD, PhD

In October of last year (2007), the American College of Physicians (ACP) and the American Pain Society (APS) released a new clinical practice guideline on the diagnosis and treatment of low back pain. (1) This is the most comprehensive, national-level guideline to be released on this topic since the seminal Agency for Health Care Policy and Research (AHCPR) Clinical Practice Guideline #14 “Acute Low Back Problems in Adults” was released in 1994. (2) (Disclaimer: I am a co-author on the new guideline in my role as a member of the ACP guideline committee). Since the 1994 guideline, there has been a vast increase in the research on back pain, including a Patient Outcome Research Team, and the numerous systematic reviews and meta-analyses sponsored by the Cochrane Back Group. So the time seemed ripe for a re-examination of the evidence. What should clinicians make of this new guideline? What’s new or different compared to the AHCPR guideline, and can clinicians trust it?
First, there is much to commend about the methods used to develop this new guideline. Although it was sponsored by an interested specialty society (the APS), the society wisely chose to both partner with the American College of Physicians and to turn over control of major portions of the process to an independent group — the Oregon Evidence-based Practice Center (EPC). The Agency for Healthcare Research and Quality (AHRQ) is the successor to AHCPR, and the EPCs are the flagships of AHRQ’s program to synthesize evidence. The Oregon EPC conducted extensive literature syntheses on pharmacologic and nonpharmacologic therapies for acute and chronic low back pain — reviews which are published with the guideline in the October 2, 2007 edition of the Annals of Internal Medicine. For clinicians, this means the evidence basis for the guidelines has been synthesized by an independent, state-of-the-art group and the results are publicly available for all to see.
Since published evidence is never sufficient to construct a comprehensive guideline, expert opinion is always needed to interpret the existing evidence and help “fill in the gaps.” Patients with back pain see many types of providers, so it makes the most sense to have an expert panel that is multidisciplinary. For this guideline, the panel had experts that were general internists/primary care physicians, back surgeons, physical therapists, rheumatologists, neurologists, rehabilitation physicians, nurses, pain specialists, social scientists expert in back pain, osteopathy, and chiropractic. So diversity of expertise was well represented in the panel that considered the evidence and crafted the guidelines.
Third, the guideline statements are graded both for the strength of the evidence and the strength of the recommendations, letting clinicians know how strongly the guideline panel felt about each statement.
Fourth, the guideline is presented in a fashion that makes it accessible to clinicians. The flow charts (Figures 1 and 2 in the document) present the essence of the guideline in a compact, easy to follow manner.
So what’s new or different? The following table compares the “principal conclusions” of the 1994 guideline with the seven statements in the new guideline. Empty cells mean no direct match was present:

In summary, the new ACP/APS guideline as compared to the old AHCPR guideline:

So what’s missing? Most of the money, and most of the controversy, concerns the use of surgical procedures (fusion, artificial discs) and non-surgical invasive interventions (mostly needling procedures, but also including radiofrequency denervation and intradiscal electrothermal therapy) for patients with chronic back pain and no evidence of a herniated disc or spinal stenosis (commonly classified as “discogenic disease”). For many of these conditions, the evidence is either scant or poor quality or both. The 1994 AHCPR guideline dealt with surgery and needling interventions, but only in the context of acute low back pain, and most procedures are not done in patients with acute low back pain. The new ACP/APS guideline does not deal with surgery or other invasive interventions. Clinicians and health plans are still at a loss for the best guidance for the small proportion of patients considering these options. The APS and the Oregon EPC are continuing work on such a guideline — stay tuned to www.guideline.gov