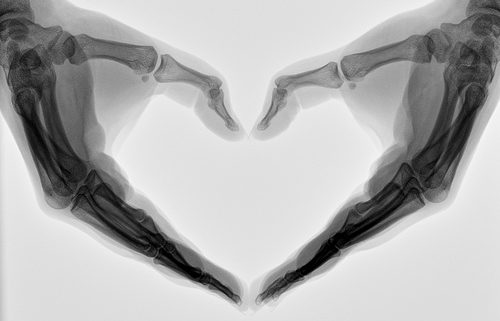 Acupuncture seeks to release the flow of the body’s vital
energy or “chi” by stimulating points along 14 energy
pathways. Scientists say the needles cause the body to
release endorphins — natural painkillers — and may boost
blood flow and change brain activity. Skeptics say
acupuncture works only because people believe it will, an
effect called the placebo effect.

Acupuncture needles are very thin, and most people feel no
pain or very little pain when they are inserted. They often
say they feel energized or relaxed after the treatment.
However, the needles can cause temporary soreness.

Low-Back Pain
If standard treatments don’t relieve your chronic low-back
pain, acupuncture may do the job, and two respected medical
groups suggest that people in this situation give it a try.
One large study found that both actual and “fake”
acupuncture worked better than conventional treatments for
back pain that had lasted more than three months. The
jury’s still out on acupuncture for short-term (acute) pain
in the low back.

Studies that test how well acupuncture works against the
pain of fibromyalgia have had mixed results. Some showed
that it provided temporary pain relief, but others did not.
A small study by the Mayo Clinic suggested that acupuncture
may reduce two other problems of fibromyalgia: fatigue and
anxiety. But overall, there’s not enough evidence yet to
prove that acupuncture works for fibromyalgia.
Arthritis Pain
Acupuncture can be a helpful addition to conventional
treatment for osteoarthritis, says the National Institute
of Arthritis and Musculoskeletal and Skin Diseases. And
some of the most promising, early research has shown
acupuncture eased arthritis pain in the knee. However, more
research is needed to prove without a doubt that it’s
effective for osteoarthritis.

Acupuncture was tested and compared with steroid pills for
the hand and arm pain of carpal tunnel syndrome.
Researchers in Taiwan gave one group eight acupuncture
treatments, over about a month, and those patients reported
more relief, for a longer time, than the group taking
medicine. While studies like this have been promising, more
evidence is still needed to confirm that acupuncture is
effective for carpal tunnel syndrome.
Dental Pain
Acupuncture provides relief from the pain of tooth
extraction or dental surgery, but so does fake acupuncture,
some studies show. Still, dental pain is considered by many
to be one of the conditions that responds to acupuncture

People have tried acupuncture for neck pain, muscle pain,
tennis elbow, and menstrual cramps, hoping to avoid
medications and their side effects. The World Health
Organization lists 28 different conditions that are
sometimes treated with acupuncture. In the U.S., a review
by the National Institutes of Health called for robust
research to verify the promise that acupuncture holds for
many different conditions.

Acupuncture at the pericardium (P6) acupuncture point on
the wrist can reduce the symptoms of nausea and vomiting,
even after cancer drug treatments or surgery. Studies
compared 10 different acupuncture methods — including
needles, electrical stimulation, and acupressure — to
drugs that block nausea or vomiting and found the
acupuncture treatments worked.

When to Consider Acupuncture

Because acupuncture rarely causes more than mild side
effects, it is a potential alternative to pain medications
or steroid treatments. It is also considered a
“complementary” medicine that can be used along with other
treatments. It is best to discuss the use of acupuncture
with your health care provider.

Who Shouldn’t Use Acupuncture

People with bleeding disorders or who take blood thinners
may have increased risk of bleeding. Electrical stimulation
of the needles can cause problems for people with
pacemakers or other electrical devices. Pregnant women
should talk with their health care provider before having
acupuncture. It’s important not to skip conventional
medical care or rely on acupuncture alone to treat diseases
or severe pain.

Causes of Back Pain
Scroll to top