You are here: Home1 / Blog2 / Back Pain3 / Physiotherapy for Chronic Pain

While pain killers may be useful in controlling the symptom of discomfort, one should know that unless the cause of pain is addressed, the endless cycle of recurrent pain can be highly likely. We all had experience where pain would resolve over a period of resting, while resting is what most would do when first sustained an injury, it’s important to know that our bodies are only capable of self healing to a degree. If there wasn’t any signs of improvement within the first week of injury, good chance that the severity of injury might be just more than what our bodies can self manage. Here I share an article discussing why careless use of pain killers should never be the primary treatment choice for chronic pain.

Healthcare providers, we are in the middle of a serious opioid epidemic. It’s a crisis that impacts providers in every setting and demands action from everyone. From Sigmund Freud to Prince, this crisis has been developing for decades. One thing is clear, opioid addiction doesn’t discriminate. It impacts families all over the world, from famous celebrities to blue-collar factory workers to adolescents. In fact, one in five Americans say that they have a family member who has been addicted to prescription pain killers 1.

To fully understand the magnitude of the opioid epidemic, consider the following statistics:

A key factor causing the rise of the opioid use has been the spike in the use of prescription painkillers, which tripled from 71 million in 1991 to 219 million in 20133. In 2012, 259 million prescriptions were written for Opioids4. This is equivalent to a bottle of pills for every American adult.
Four in ten Americans say that they personally know someone – a family member, close friend, acquaintance or themselves – who has been addicted to drugs1.
94% of people in treatment for opioid addiction chose to use heroin because prescriptions opioids were “far more expensive and harder to obtain”5.
Four out of five heroin users start by misusing prescription painkillers6. Not only are prescription opioids similar to the chemical makeup of heroin, they are on the same brain systems affected by both heroin and morphine7.

The Path of Least Resistance

Americans are notorious for seeking out quick solutions. We make up about 4.6 percent of the world’s population, but consume 80 percent of the world’s opioid supply8.
To properly rehabilitate an injury a patient must be adherent to their plan of care, prioritize their time to attend appointments, and pay for the skilled treatment they receive. As a result, opioids may appear to be a quick and cheap alternative to mask a patient’s pain when they aren’t properly educated about the drug’s side effects and highly addictive nature.

Further perpetuating the crisis is our healthcare system, which is organized in such a way that people can obtain prescription painkillers far easier than they can receive safe alternatives to correct the source of their pain, like physical therapy. If you are wondering how this could truly be, consider the following real-life example. A family member recently had a total shoulder arthroplasty and was astounded when he checked out at the pharmacy that his bottle of prescribed painkillers would only cost him $4.45. In his naivety he wondered if each pill costs $4.45. The months following his surgery he’d pay nearly $2,000 in physical therapy co-payments to rehabilitate his shoulder.

Addressing this issue is complex and requires a multi-pronged approach. The Center for Disease Control and Prevention (CDC) recently released guidelines that recommend a reduction in the use of opioids for most types of long-term pain management9,10.While the guidelines indicate that opioids are appropriate for treating certain conditions, such as cancer treatment, palliative care, and end-of-life care, they recommend treating most conditions with non-opioid approaches. This includes treatment of lower back pain, hip or knee osteoarthritis, and fibromyalgia, where “high quality evidence” supports exercise as part of a physical therapy treatment plan. Millions of Americans suffer from these types of chronic pain conditions. In fact, the CDC reports one in two suffer from a chronic condition. Physicians should engage physical therapists and work together in coordinated care teams to treat these conditions and use physical therapy as the first line of treatment, rather than prescription painkillers.

Given the current state of affairs, it is imperative that healthcare providers get informed about the dangers of opioids and properly educate our patients and prescribe alternative treatments where appropriate.

However, providers are complaining about conflicting messages and misaligned incentives11. A provision in the Federal law of 2010 ties a portion of hospital payments to patient satisfaction survey scores. Among other things, this survey allows patients to evaluate and score doctors on how well their pain was managed, and if clinicians did all they could to treat the pain. Doctors are feeling increased pressure to prescribe painkillers – from patients and hospital administrators. In a 2014 study, which surveyed about 150 doctors, almost half said pressure to get better scores encouraged them to give unnecessary or inappropriate treatment, including prescribing heavy-duty painkillers12.

Physical Therapy As A First Line of Defense

It’s imperative that physical therapy is utilized as a first line of defense for acute and chronic conditions. Collaborative care delivered by physical therapists and clinicians from all healthcare settings will be the forefront of tacking the opioid epidemic. The American Physical Therapy Association has recently unveiled a broad public relations effort to educate consumers about the dangerous side effects of opioids. We can’t afford to lose more sons and daughters to opioids. Please do your part by sharing this information, and join the American Physical Therapy Association’s #ChoosePT campaign, to educate your fellow colleagues, your local referral sources, and your patients about the harmful affects of opioids and the alternative treatment options that can safely treat their condition. 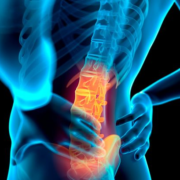 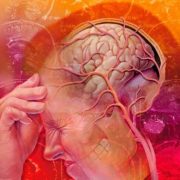 Physiotherapy for Back Pain 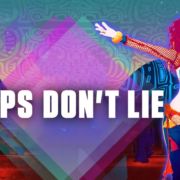 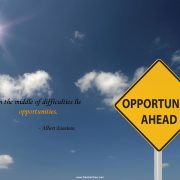 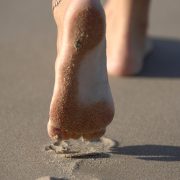 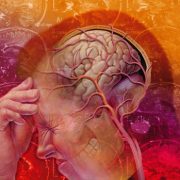 Are Headaches a Pain in the Neck?