Among patients with acute, low back pain presenting to an emergency department, neither the nonsteroidal anti-inflammatory drug (NSAID) naproxen combined with oxycodone/acetaminophen or the muscle relaxant cyclobenzaprine provided better pain relief or improvement in functional outcomes than naproxen combined with placebo, according to a study in the October 20 issue of JAMA.
Low back pain (LBP) is responsible for 2.4 percent of visits to U.S. emergency departments, resulting in more than 2.5 million visits annually. These patients are usually treated with NSAIDs, acetaminophen, opioids, or skeletal muscle relaxants, often in combination. Pain outcomes for these patients are generally poor.
Benjamin W. Friedman, M.D., M.S., of the Montefiore Medical Center, Albert Einstein College of Medicine, Bronx, N.Y., and colleagues randomly assigned 323 patients who presented to an emergency department with nontraumatic, nonradicular LBP of 2 weeks’ duration or less to receive a 10-day course of naproxen + placebo (n = 107); naproxen + cyclobenzaprine (5 mg) (n = 108); or naproxen + oxycodone, 5 mg/acetaminophen, 325 mg (n = 108). Participants were instructed to take 1 or 2 of these tablets every 8 hours, as needed for LBP; naproxen, 500 mg, was to be taken twice a day. Patients also received a standardized 10-minute LBP educational session prior to discharge.
The researchers found that neither naproxen combined with oxycodone/acetaminophen nor naproxen combined with cyclobenzaprine provided better pain relief or better improvement in functional outcomes than naproxen combined with placebo. Measures of pain, functional impairment, and use of health care resources were not different between the study groups at 7 days or at 3 months after the emergency department visit.
Regardless of allocation, nearly two-thirds of patients demonstrated clinically significant improvement in LBP and function 1 week later. However, 40 percent of the cohort reported moderate or severe pain, half reported functionally impairing LBP, and nearly 60 percent were still using medication for their LBP 1 week later. By 3-month follow-up, nearly one-fourth of the cohort reported moderate or severe pain and use of medications for LBP. Three months after the emergency department visit, regardless of study group, opioid use for LBP was uncommon, with fewer than 3 percent of patients reporting use of an opioid within the previous 72 hours.
“These findings do not support the use of these additional medications in this setting,” the authors write.
Journal Reference:
1.Benjamin W. Friedman, Andrew A. Dym, Michelle Davitt, Lynne Holden, Clemencia Solorzano, David Esses, Polly E. Bijur, E. John Gallagher. Naproxen With Cyclobenzaprine, Oxycodone/Acetaminophen, or Placebo for Treating Acute Low Back Pain. JAMA, 2015; 314 (15): 1572 DOI: 10.1001/jama.2015.13043 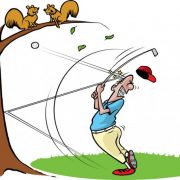 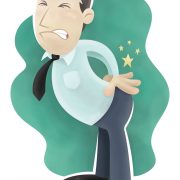 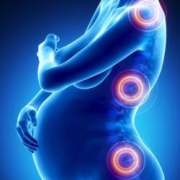 Pregnancy and Back Pain 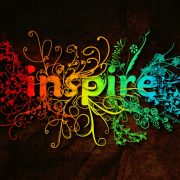 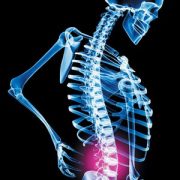 Why things hurt : A Ted Talk by Lorimer Moseley